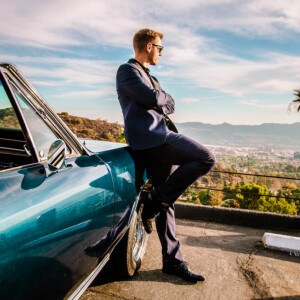 Armin van Buuren is widely regarded as one of the world‚Äôs biggest DJs and producers within Electronic Dance Music for a whopping twenty years. His life-long dedication to Electronic Music has earned him a Grammy¬ģ nomination for ‚ÄėThis Is What It Feels Like‚Äô (feat. Trevor Guthrie) and he has been voted ‚Äú#1 DJ‚ÄĚ in the world for an unprecedented five times in the annual DJ Mag Top 100, not to mention the fifteen consecutive top 5 spots to date.

His weekly two-hour radio show, ‚ÄúA State of Trance‚ÄĚ (ASOT), is broadcast weekly in more than 84 countries, drawing more than 37 million listeners every week. The ASOT brand has grown into a complete live show experience and touring concept, with stages and events all over the world. The next event series of A State Of Trance, A State Of Trance 800, is to kick off in Utrecht, the Netherlands on February 18th, 2017.

In the same month (February, 2017), Armin van Buuren is to open a brand-new radio studio in the HQ of Armada Music in Amsterdam, from which the A State Of Trance episodes are to be broadcast live.

Throughout the years, Armin has launched several ‚ÄėArmin Only‚Äô world tours, including the ones based on (one of) his albums (‚ÄėImagine‚Äô in 2008, ‚ÄėMirage‚Äô in 2010, and ‚ÄėIntense‚Äô in 2013). His latest world tour, ‚ÄėArmin Only Embrace‚Äô, is directly tied to the ‚ÄėEmbrace‚Äô album, his sixth and latest full-fledged artist album.

In addition, Armin is the co-founder of the Armada Music record label (together with Maykel Piron and David Lewis), which has been acclaimed internationally for releasing top-notch Electronic Music in a variety of genres.