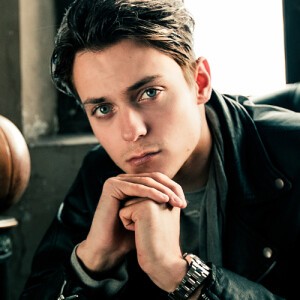 Dutch DJ/producer Julian Jordan is at the vanguard of the country‚Äôs new generation of dance music hotshots, with a mightily impressive track record in his short time in the game. He brings a fresh spin to the dance scene, fusing some of its trademark sound and bombast with exciting new twists and influences that so far has seen the likes of MTV cite him as ‚Äúone to watch‚ÄĚ.

‚ÄúI have to say, I really like people that just do their own thing and don‚Äôt follow the hype.‚ÄĚ he explains of his musical ethos. ‚ÄúI like to think outside of the box, and what inspires me are other artists who do that as well.‚ÄĚ A slew of releases have proved that he is fully able to put his money where his mouth is, while DJ sets everywhere from Electric Daisy Carnival to Tomorrowland have made it clear that he is adept at translating this ethos for the dancefloor. ‚ÄúI know labels are looking for fresh tracks that could be the new hype. So, don‚Äôt follow the hype; create it!‚ÄĚ

There‚Äôs also the matter of his full-throttle, constantly evolving live set ‚Äď something you can expect to see more of in the near future. As well as working tirelessly in the studio to continue developing his own sound ‚Äď with a focus on new solo productions ‚Äď Julian is also launching his own event concept: Play On. With a world tour in the works, it‚Äôs set to become a mainstay of the EDM landscape over the next few years.

‚ÄúI'm really proud of my whole career so far and the choices I've made, but of course my Beatport #1 is one of my greatest achievements‚ÄĚ he beams. ‚ÄúI'm really proud of my own upcoming Play On concept as well. With Play On I want to create a bigger picture than only DJing. I want everything I do to be part of Play On style. My social media, productions, fashion, designs, parties‚Ä¶ but I‚Äôll reveal more about that soon‚Ä¶‚ÄĚ

His career keeps evolving as his 2016 was off to a very good start. He got to open the mainstage of Ultra Music Festival in Miami on the opening day and released his brand new single ‚ÄėPilot‚Äô on Revealed Recordings. ‚ÄėPilot‚Äô is the first record Julian released after parting ways with his former label Spinnin‚Äô Records. The rest of the year definitely didn‚Äôt disappoint either. With gigs like Tomorrowland EDC Vegas, the launch of GOLDKID Records and an MTV EMA Nomination, 2016 had it all for Julian.

Ask him about his ambitions for the future and it‚Äôs clear that he‚Äôs a dedicated artist who is highly driven to achieve his lofty goals. He wants to become ‚Äúmore professional and more creative‚ÄĚ in everything he does, with ambitions to reach and play to even bigger crowds still. ‚ÄúI want to create a vibe around Julian Jordan and Play On that's accessible to a lot of people. It's going to be more like a movement.‚ÄĚ With such a huge, loyal fanbase already amassed and such a clear vision driving it forward, we don‚Äôt doubt that for a minute.
http://www.julianjordan.com/