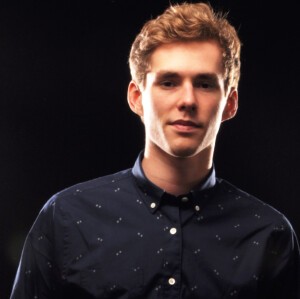 At the tail end of 2014, a shining new talent emerged from the Belgian house community and sent

sizeable waves through both the genre and the music charts of Europe. Felix De Laet, better known

by his moniker Lost Frequencies, released the global smash hit ‚ÄėAre You With Me‚Äô back in August

2014 and quickly cemented himself as a name to watch, with the track rapidly ascending to the #1

incredible achievement for such a young artist. De Laet also spent an astonishing 6 weeks at the top

Kingdom. With the track also charting highly in Finland, The Netherlands, Norway, Spain and Sweden,

Europe quickly accepted the young artist with open arms and embraced his melodic, ethereal and

inspiring sound. ‚ÄėAre you with me‚Äô has now been certified 4x platinum in Sweden and 2x Platinum in

Switzerland, all but confirming the ambitious young producer‚Äôs huge talent and signalling to the rest

‚ÄėAre You With Me‚Äô title- followed up by the equally majestic ‚ÄėReality‚Äô, was another production that

rivalled its predecessor in terms of both success and scope, spectacularly proving that Lost

Frequencies would be much more than another simple one hit wonder. ‚ÄėReality‚Äô is, as of September

2015, the #1 track for airplay in Europe and the tune on the lips of the entire continent, receiving

Tiesto and Alesso, at events including the Ultra Japan mainstage and only further demonstrates the

intense buzz that De Laet is generating across the entire planet.

sound, expressing a love for hip-hop, drum and bass, pop and jazz amongst others, incorporating

ideas from each of these into his music.

recognised Live Lounge which saw him perform a captivating performance of original material,

whilst also playing a one-off cover of One Republic‚Äôs ‚ÄėCounting Stars‚Äô, showing a no holds barred

approach to his dazzling talent and reach, both behind the decks and in front of huge audiences.

public, the only way is up for this young superstar in the making.
http://lostfrequencies.com/